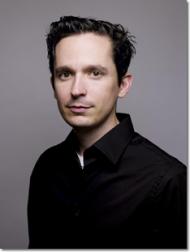 Thomas Mullen is the author of The Last Town on Earth, which was named Best Debut Novel of 2006 by USA Today, was a Chicago Tribune Best Book of the Year, and was awarded the James Fenimore Cooper Prize for excellence in historical fiction and The Many Deaths of the Firefly Brothers which was published in January 2010.