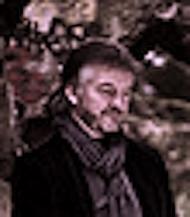 John Connolly writes thrillers, stories of the supernatural, books for Young Adults, and compelling short stories He is the first non-American writer to win the US Shamus award and the first Irish writer to win an Edgar award. His debut - EVERY DEAD THING - introduced the character of Private Investigator Charlie Parker, and swiftly launched him right into the front rank of thriller writers. All his subsequent novels have been Sunday Times bestsellers.

Before becoming a novelist, he spent five years working as a journalist for The Irish Times, to which he continues to contribute. In 2007 he was awarded the Irish Post Award for Literature. BOOKS TO DIE FOR, which he edited with Declan Burke, was the winner of the 2013 Anthony, Agatha and Macavity awards for Best Non-Fiction work.