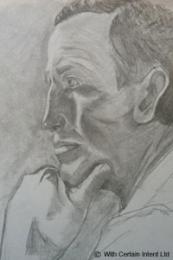 Ian Fleming was born in 1908 and educated at Eton and Sandhurst. He worked for a short time as a journalist with Reuters and at a City firm before joining the Foreign Office. He served in British Naval Intelligence during the Second World War. After the War he was Foreign Manager of the Sunday Times. The first of his James Bond thrillers, Casino Royale, was published in 1953.

Flemingâs own charming, confident personality and his life of world travel, gambling, fast cars and romance, along with his experience in wartime intelligence, drew inevitable parallels with his famous hero.