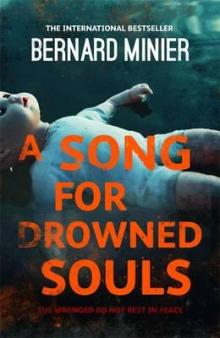 Who says being a teacher is an easy option? Not when it can kill youâ¦

Mahler and a madman

Mahlerâs moving âKindertotenliederâ, song for the children, figured centre stage in the sadistic mind of Julian Hirtmann. A Swiss prosecutor, he had his own dramatic end mapped out for his wife and her lover. He listened to Mahler as he killed them both.

And she was not the only female he had killed.

A passion for Mahler was something he and Commandant Martin Servaz had shared in the past. Not something that would change after Hirtmann escaped from the Wargnier Institute.

Mademoiselle Claire Diemar, a teacher, has been killed in her own home. Commandant Martin Servaz discovers a Mahler CD left in the stereo system at the crime scene â a hidden calling card for him to find.

The teacher had suffered. Had she too been made to listen to Mahler as she died?