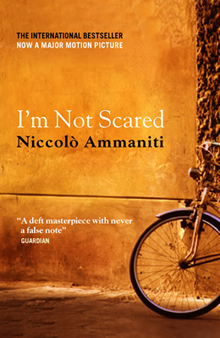 Michele Amitrano and his five year old sister, Maria Amitrano, are never far way from each other. She just sort of tags along wherever he goes. His mamma is always at home and Pino Amitrano (Pappa), is away much of the time; driving his lorry, delivering things to the North.

The local gang of kids, bored when they find that the worst stories about farmer Melichetti and his pigs are untrue, looked for adventure for themselves. Well away from their village of Aqua Traverse, a race through cornfields led to a deserted building, and a dreadful discovery for Michele. He wanted to tell his father but there was only trouble for him at home. He thought he could share his secret with his best friend, Salvatore Scardaccione; a rich kid who sees no value in the secret until he finds he can use it to get something his fatherâs money canât buy him. By then itâs too late to turn back the clock.