Something You Are by Hanna Jameson 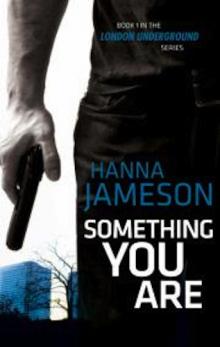 Something like this could be happening on the streets near you.

He didnât mean to kill the boy. He was seventeen and the other boy was younger than he was. It happened near home â three of them thought they could shake him down. Pretty much they had until they made an issue of him handing over his fatherâs watch. No way he was going to part with that, regardless of the knife he was threatened with. Trouble with knives, they can be used against you and you can die. Not intentionally, for Nic it was about self-preservation.

Later, when the family grew up they all grew away. His brother went to Afghanistan. He was the hero. His sister got into bad company and drugs. Nic was much more savvy. Stayed away from drugs, instead got into finding people and killing them â it was what he was known for by the hard men on the streets.

Pat Dyer had a doozey of a house in Marylebone, drove a black Mercedes, had a wife, still with the looks of a model, who had been a dancer, and a daughter, Emma, who was the apple of his eye. Except sheâs gone missing. Maybe not a surprise when the family was riddled with lies and deceit.