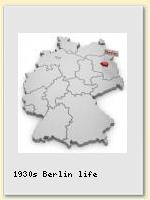 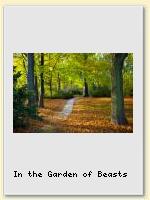 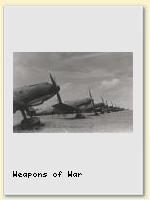 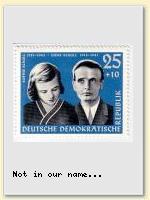 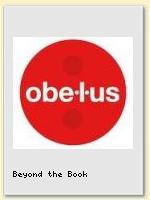 1930s Berlin life
In the Garden of Beasts
Weapons of War
Not in our name...

...dedicated to four of the people in Germany who, as the author says, looked evil in the face and said âNoâ.

Jeffery Deaver understates the case â what they faced were not casual or individual acts of evil. Hitlerâs was a concerted programme of evil; planned, threatened and grotesquely executed violent acts by those with power. As one of the prosecutors at the Nurenberg War Trials put it â âDeath was their tool and life their toy.â

Background to the story

Hitler and his National Socialism party rode to power in 1933 in the aftermath of the Depression of the 1920âs, the threat of Communism and the impact of punitive measures taken against Germany after the defeat in WWI. Hitlerâs blueprint for the salvation of his country, and his people from the ravages of hyper-inflation and the humiliation of the Versailles treaty, was to establish a third Reich, one that would last a thousand years.

It would include the recovery of land lost, defence in breadth of the Fatherland, promotion of an idealised and strong German people and removal from society of the social deviants â criminals, gipsies, homosexuals, and Jews. Outsiders who had in the past readily been demonised throughout Europe. 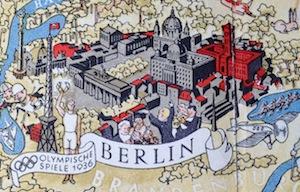 Garden of Beasts is set in 1936, at the time when Hitler was intent on taking what he saw as his and Germanyâs rightful place in the world â nothing could be more symbolic than hosting the Olympic games.

For Hitler and senior Nazis this was also a time of planning and preparation. Only three years remained before a strengthened Nazi war machine would be let loose on Poland, then France and the Low countries, and finally and fatally set against Russia. Altogether tens of millions would lose their lives on the battlefields of Hitlerâs ambition.

Since coming to power in 1933 the Nazis had taken a stranglehold on civil life in Germany, the same violent stranglehold they later imposed on the countries they conquered and over-ran. As the violence escalated, millions were to die: on the streets, in anonymous places near to where they lived, in the prisons, in forced labour camps and the extermination camps.

The upsurge in violence of German Nationalism following Hitlerâs rise to power and plans in secret to re-arm Germany were a reality. As were various assassination attempts on the lives of senior Nazis. Reprised in âGarden of Beastsâ, the life of hit man Paul Schumann had already been spent âcorrecting Godâs mistakesâ. Policeman Willi Kohlâs life was spent ensuring that the rule of law was followed, in what was becoming an increasingly lawless Germany. Small wonder, as plot and counter plot unfold, that their lives should cross, or their story end in the way it does.